Patricia’s book offers a behind-the-scenes viewpoint of the 2007 movie Goodbye Bafana directed by Billie August — starring Joseph Fiennes, Denis Haybert and Diane Kruger. It’s an introspective look into the making of the film, documenting the historical background with an introduction from the director while featuring intimate photography and stills from the film set.

The film itself focuses on Nelson Mandela’s struggle when he is imprisoned at Robben Island, where he strikes up an unlikely relationship with his censor and guard James Gregory. Through his new connection with Mandela, Gregory is able to rethink his racism and beliefs towards Apartheid which culminates in a special bond between the two that would last throughout their lives. 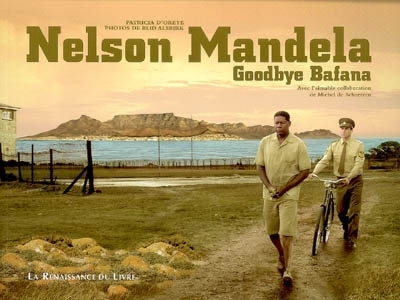